Since cryptocurrencies like bitcoin started to generate success stories, there has been a legalization battle underway. A digital currency is called a cryptocurrency as it is used to perform digital transactions, utilizing cryptography to ensure the privacy and security of such transactions.

There is no regulation system for cryptocurrencies. As a matter of fact, there are no regulations for crypto tokens. Because of this, legalizing these currencies is usually difficult for governments (or countries).

One of the world’s fastest-growing tech markets, Japan had no choice but to legalize cryptocurrency sooner or later. According to the government, a specific Payment Services Act (PSA) framework was set up allowing the use of cryptocurrencies and a number of exchanges for payment and trading. Increasingly, Japan is being recognized as a site for cryptocurrency trading and exchange in Asia.

Bitcoin was accepted by the US government as a decentralized form of currency back in 2013. In September 2015, it was classified as a commodity by the CFTC.

A bitcoin can also be taxed as a property. So, bitcoin is legal in the USA, but other cryptocurrencies are unclear.

Besides allowing cryptocurrencies, Germany also actively participates in the development of blockchain solutions, which makes it one of the few European countries that permits cryptocurrencies.

Deutschers are now able to transact and trade with bitcoin, which is completely legal in Germany. Bitcoins have also become more valuable in the global market following the recognition of these coins by the German government.

As a result of legislation passed on 11 July 2014, the country has legalized the use of virtual currencies such as bitcoin, cryptocurrency exchanges and taxation, empowering anyone who is trading or using these currencies with the right to do so.

Malta has become the latest country to accept bitcoin and other cryptocurrencies as a legal mode of digital transaction.

Malta has recently approved bills regarding the regulation of cryptocurrency and ICOs, making it a fully crypto-legal country.

Impak Coin was accepted as the first legal cryptocurrency by the Canadian government in August 2017. Bitcoin has previously been legalized by the Quebec regulatory authority, including for limited business models such as ATMs and exchanges.

However, the Bank of Montreal as well as certain other Canadian states do not allow customers to use their bank cards to buy cryptocurrency.

According to a recent government order, cryptocurrencies will be legalized in Belarus as of March 28, 2019.

In addition to leading crypto-currencies, several exchanges, ICOs, and smart contracts will also be legal in the country. As a result, the digital economy was pushed forward. Tax-free crypto activities are expected to become a reality, based on the latest news.

There has been a positive attitude toward bitcoins and other digital currencies in this country. In Holland, there is a special region known as “Bitcoin City” where you can buy, sell, trade and do business with bitcoin.

However, the Dutch government has yet to regulate or make cryptocurrency use officially legal.

Vietnamese law allows buyers and sellers of cryptocurrencies to do business, but the government forbids citizens from using virtual currencies as payment tools.

This means Vietnam is a legal place to create cryptocurrencies and to launch ICOs, as well as to trade cryptocurrencies on exchanges. According to reports, the government is also working on legalizing bitcoin as a payment method since 2019.

Singapore is not a government-controlled country, so bitcoin and other popular virtual currencies are legal to use and trade. Generally, cryptocurencies are unregulated, which is by nature.

Thus, merchants and consumers in Singapore should have no problem using cryptocurrencies. In some cases, bitcoin use in Singapore is taxable.

In India, the cryptocurrency was finally accepted and the first in line would be bitcoin.

With regard to virtual currency trading, the country has made some special provisions and recently enacted a tax.

The Indian government has legalize cryptocurrency in the country with some special provisions, laws & regulations.

Following an announcement made in November 2016, the Federal Tax Service of Russia declared bitcoins to be legal. Even though it does not state whether bitcoins or any other cryptocurrency is legal or illegal in the country, people can buy, sell and trade virtual currencies at their own risk.

After, Russia gave cryptocurrencies like bitcoin legal status in 2020, then was banned shortly after and now legal in 2021 but banned digital assets from being used in payments

This means  you can trade, mine and own cryptocurrency without any legal ramifications, provided you aren’t using the currency to spend on other goods and services within Russia.nHowever, the law still prevents Russians from using crypto as payment.

Cryptocurrency Is Legal In The Following Countries

A country’s legalization of cryptocurrencies doesn’t mean it promotes or supports them.

Weekly MacroSlate: Fed scores a hat-rick of 75bps hikes as currencies start to collapse worldwide against the DXY including Bitcoin
1 min read

Weekly MacroSlate: Fed scores a hat-rick of 75bps hikes as currencies start to collapse worldwide against the DXY including Bitcoin

September 26, 2022
Research: Is ETH inflationary or deflationary after the Merge?

Research: Is ETH inflationary or deflationary after the Merge?

Litecoin is an 11-year-old (well almost) digital currency with 100% uptime (better than Bitcoin), that offers low fees and fast payments. 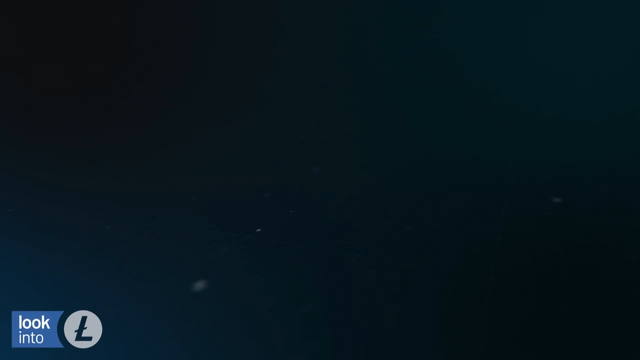 Litecoin is an 11-year-old (well almost) digital currency with 100% uptime (better than Bitcoin), that offers low fees and fast payments.

September 26, 2022
Litecoin- halving in 2023, China allowing Litecoin to be held as a commodity, hashrate increasing as miner competition heats up, and the lightning network almost ready for atomic swaps between Litecoin and bitcoin. What could it mean for value this year?

Litecoin- halving in 2023, China allowing Litecoin to be held as a commodity, hashrate increasing as miner competition heats up, and the lightning network almost ready for atomic swaps between Litecoin and bitcoin. What could it mean for value this year?

September 26, 2022
How can the ETH blockchain size decrease?
1 min read

How can the ETH blockchain size decrease?