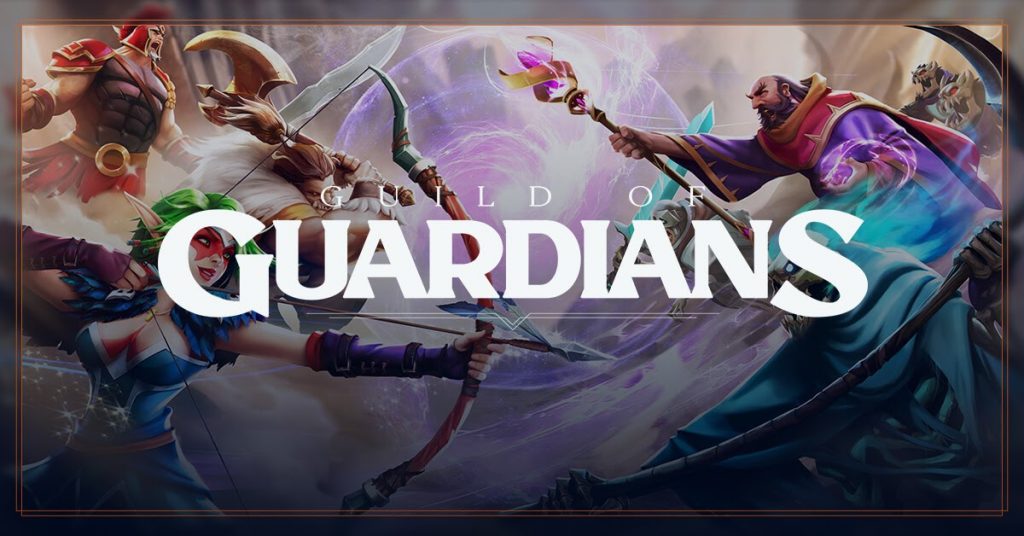 As Non Fungible Token (NFT) games like Axie Infinity reach new heights, it validates that the NFT trend is still here and it will not go away anytime soon.

According to Non-Fungible.com, there were between 20,000 and 40,000 unique buyers in any 30-day period between March 1 and May 31 2021 and they also estimated that $2 billion were spent on NFTs. Since Axie Infinity is the most trending right now we have to look at its statistics and according to Coinmarketcap, its main token AXS has posted a weekly gain of 120 percent and such appreciation in value has given the token a boost in its market value by $1.1 billion.

This type of phenomenon continues to drive demand in the Axie ecosystem and also helps other NFT-games to gain attention in the community. Today we’re going to talk about five (5) NFT games that we look forward to which might be the next trendsetter of further adoption of cryptocurrencies.

Guild of Guardians is a free-to-play mobile blockchain-based RPG game operating on Ethereum blockchain with more than 130,000+ players in their waitlist. This game has been backed by notable brands & investors like Animoca Brands, a popular game development company and Yield Guild Games (YGG), a Filipino-led group which specializes in blockchain-powered gaming.

Guild of Guardians is still in its first phase of development where players can begin collecting founder heroes. The developers aim to release the game on mobile in early 2022.

Guilds is the central part of Guild of Guardians as the developers believe that the social cooperative aspect of games makes them so much fun and they want players to play together while earning together. But, how does the guild work? And what benefits can it give to a player of the game?

This makes Guild Crafting important as the primary play-to-earn mechanic of the game. Players who are part of the guild will have to contribute resources to the Guild treasury, which can be used to craft various items and every player who makes a contribution will earn their share when the NFT crafted through Guild Crafting is sold on the marketplace.

Guild of Guardians is also planning in the future to implement Guild ranking and leaderboard competitions with NFT or token prizes for the top guilds that may serve as another play-to-earn mechanism which allows them to distribute player token rewards to players who are actively playing the game.

Ember Sword is a free-to-play massively multiplayer online role-playing game (MMORPG) operating under Ethereum blockchain where players can create their own character, pick a home nation, and venture in the action-packed classless combat system by defeating monsters, bosses, and other players, or just explore the world as a peaceful forager of goods and rares, making a name for yourself as a talented refiner and craftsman.

Bright Star Studios which was founded in 2018 had secured over $2 million funding from multiple investors that will be used for further development of Ember Swords. They aim to enable a high-quality immersive player-first gaming experience supported by an innovative play-to-earn economy powered by blockchain.

Those people who bought lands can explore the Ember Sword world by placing resources, monsters and non-player characters (NPC) that can be turned into a profit by creating services and experiences like vendor marketplaces where other players buy in-game subscriptions, access auctions, and more.

Further, landowners can get a 50 percent of all the revenues generated inside the world of Ember Worlds. They can also earn if valuables are found in their land, or when a facility on their land has been used.

Ember Sword will sell a variety of types of lands. Land parcels that contain towns and cities are a lot more expensive than a regular one. However, these are the type of lands that will attract more players and more players means more income, resources and assets for the owner.

When a trade takes place in a certain land, the revenue isn’t only shared with the landowner. Instead, it spreads out to surrounding landowners as well.

Illivium is an open-world RPG adventure game operating under Ethereum blockchain. The game is integrated with Immutable, a hyper-scalable layer-two solution which really helps expand the game as it provides zero-gas fees for minting and exchanging assets.

The game minted its own in-game currency “Illivium” (ILV) and is now available to be purchased on centralized and decentralized exchanges like Sushi, 1Inch, Gate.io and Bitcoin.com.

The game has been in development since 2020 and is created by more than 40 professionals with vast experience across the gaming and cryptocurrency sector.

The game is also backed by well-known names in the industry including Quantstamp, a leader in blockchain security; Moonwhale, an STO financial advisory firm; Bitcoin.com, one the largest cryptocurrency exchange and more.

Illuvials are the monsters that players use in exploring seven (7) unique and stylised regions of the game. Players can also capture Illuvials by beating them in battles and nursing them back to health and players can then use the captured Illuvials in their adventures.

The Illuvials captured are NFTs that are minted on the blockchain which can then be sold on Illivium exchange which let players earn while playing the game.

Further, Illivium also offers weapons, armors and other in-game NFTs which can be sold also in the marketplace.

HodlGod is a fantasy 3D PVP Battle Royale game operating under WAX blockchain. The game has been in production since September of 2019 which was originally designed to be a turn-based browser game. The team behind it is not happy with its result so they completely rework the game in August 2020. Now, it is standing on its pre-alpha stage and hopefully completes and launches by the first quarter of 2022.

HodlGod players can roam the chaotic arenas and have the opportunity to find and retrieve NFTs that are hidden in the battlefield. As a way to further increase their earnings, the team behind the game ensures that each of the NFTs will provide additional avenues for generating cash flow by staking more VOID tokens, and the more VOID tokens staked in your NFTs, the more you can level up your own collection of NFTs and this increases your overall staking capacity and the value of NFT itself. Further, every player had also the option to burn their NFTs to get more VOID tokens.

To balance the game economics, the lending or renting system is also one of the players’ choices in order to earn more in the game. If players choose to stake their NFTs, a duplicate version will remain in their WAX Cloud wallet, so they can still use their skin in-game. However, if they already have the same skin and players want to liquidate the other one, players can lend it out to other players so they can have the opportunity to try it out for a set amount of time, while the owner of the skin generates income.

HodlGod players can also earn VOID tokens through streaming and this allows all players of all skills to reap the benefits of making money through the game while streaming. As long as you remain streaming, you will continue to mine VOID and as more VOID is currently held in your wallet, the greater the amount that will be rewarded to you.

Binemon is a virtual pet NFT game with elements of an idle RPG game operating under the Draken blockchain. The game style of Binemon is similar to Axie Infinity which lets players collect, trade eggs, ambrosia (fuse monsters) and battle with each other to earn cryptocurrency rewards. The team behind Binemon is currently focused on game rules, player experience, champions story, quests and player interaction expansion.

As Binemon is focused on gameplay experience, blockchain is really important to scale up to millions of players and Draken blockchain can scale up to 5,000 transactions per second with a block-time of only 2 seconds. Further, its gas fees are cheap and its Dark Privacy Protocol feature brings customization and high security which is in-line with the constantly upgrading nature of NFT games.

Phase 3 will incorporate team battles for PvP and players who win in the arena will receive big prizes.

Phase 4 will incorporate PvE – Tower in which players battle non-player characters (NPC) on each level to receive a prize with difficulty increased as players climb up the tower. This phase will also incorporate gears which are minted as NFTs that players can also sell on the marketplace.

Phase 5 will incorporate rewards systems such as daily and weekly quest rewards and rewards based on your active time playing Binemon (10mins, 30mins, 1hour). PvE – Dungeons in which players complete Dungeons to earn rewards and BineLand GvG which lets guilds battle each other to seize more lands on the map.


Go to Source of this post
Author Of this post: Sean Millare
Title Of post: Guild of Guardians, Ember Sword and 3 Other Highly Anticipated NFT Games (Part 1)
Author Link: {authorlink}

Why Is Ethereum Price Going Up? 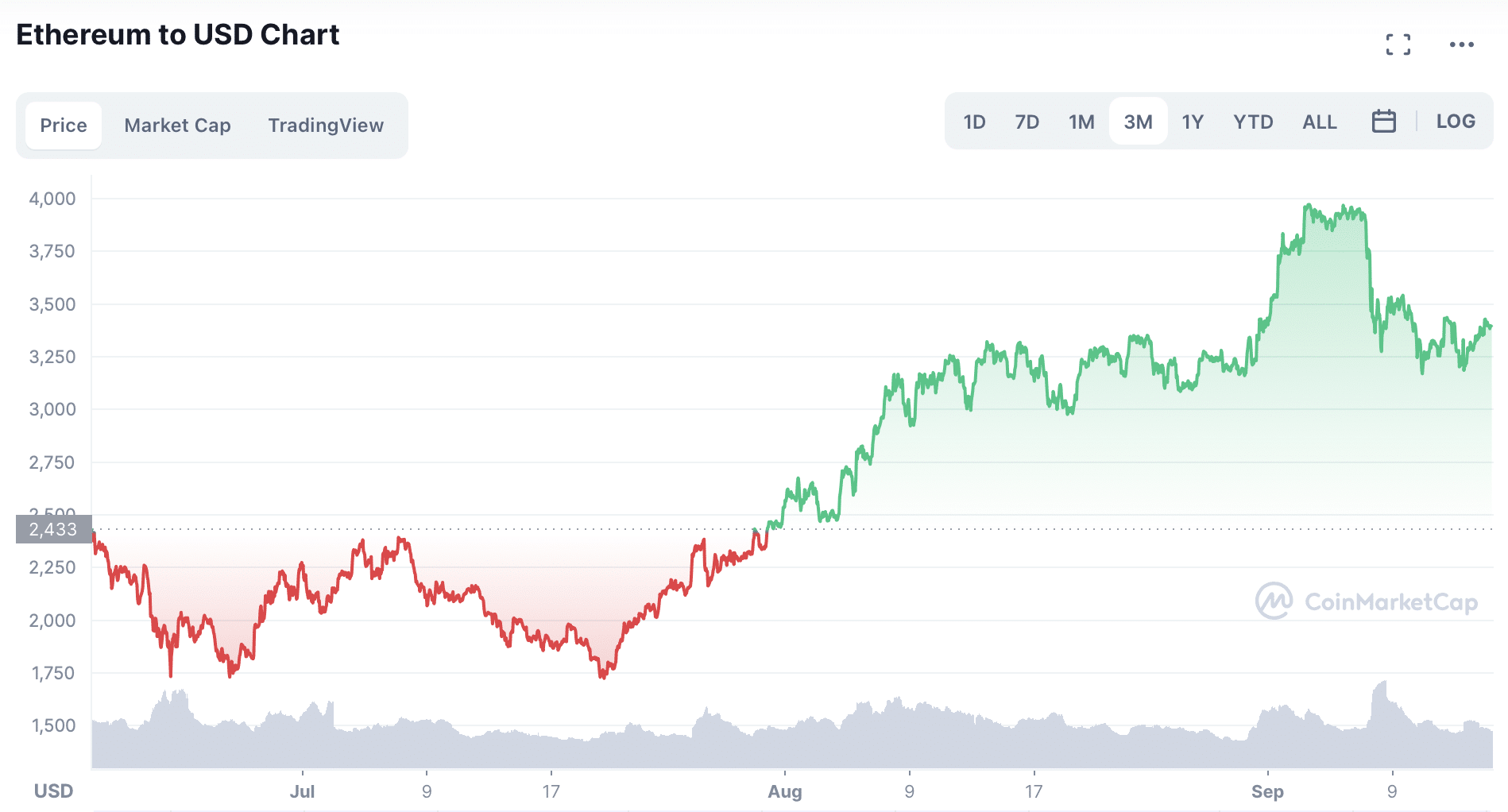 Why Is Ethereum Price Going Up?

September 19, 2021
FLOW Is Available for Exchange on Changelly
2 min read

FLOW Is Available for Exchange on Changelly 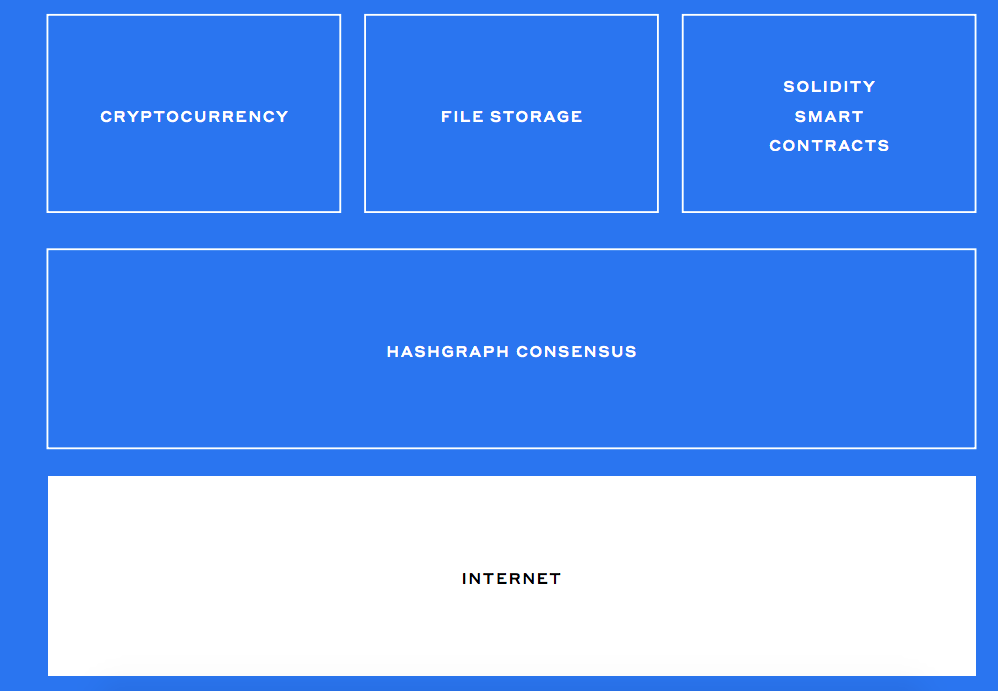 What Is Hedera Hashgraph?

September Is Critical for Bitcoin

September Is Critical for Bitcoin

September 19, 2021
PayPal enables is 2million UK customers to buy Ethereum from within its app 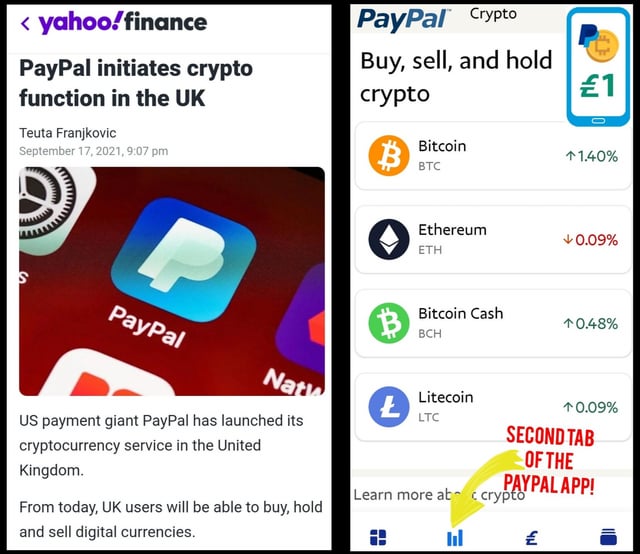